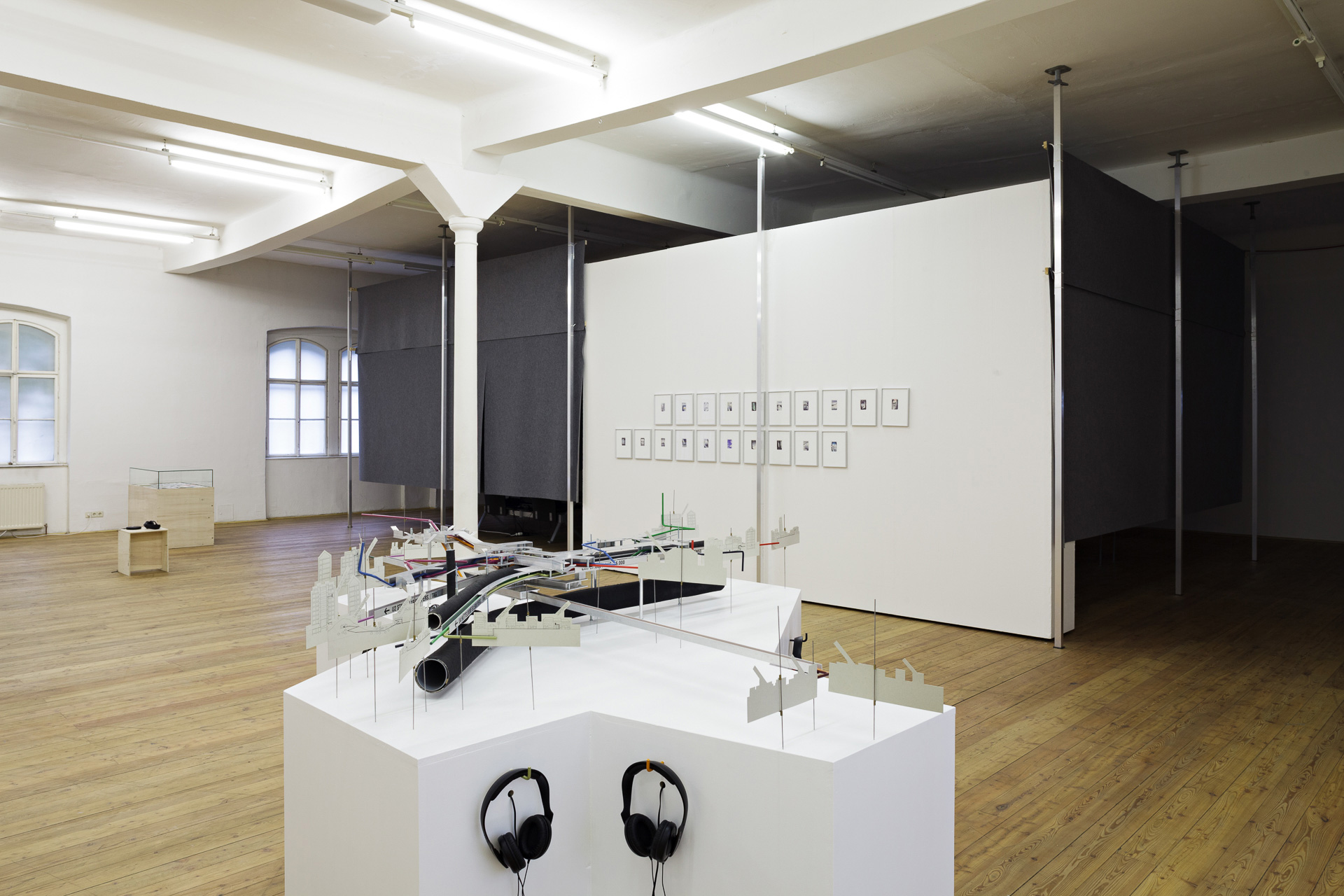 Until the 1990s mobilities research focussed on encounters between supposedly sedentary local inhabitants and mobile foreigners. Of the latter, one group, the migrants, was seen to aspire to settle down permanently and another, the tourists, to want to break out of their everyday settled lives, but for a limited period only (see Römhild 2002). Both forms of mobility were regarded as being a potential danger to local cultures, which were conceived of still as “containers”.

However, discourse on globalisation since the 2000s denounced the restrictive mandate underpinning the “container theory” of space and its “methodological nationalism” as an historical fiction (cf. Berking 2006, for example): the pendulum swung to the opposite extreme. In the new or newly imagined models of social and spatial structures, the “space of places” was decried as an outdated concept. “Placelessness” and the “borderless and unbounded space of flows” (Castells 1996) superseded it as the new norm, and calls were made for research into “liquid modernity” (Bauman 2000), the “sociology of flows” (Lash/Urry 1994), respectively the “anthropology of movement” (Tsing 2002), furthermore, the discourse has been enriched by Deleuze and Guattari (1992, 39) who pursued the concept of ‚nomadology‘.

These developments throw new light on why urbanists, geographers, sociologists, economists, and likewise architects and artists are becoming increasingly attentive to communication channels, rhizomatic networks, and the flow of data, goods and people.

THRESHOLDS IN TRANSIT AND TRANSIENT SPACES

In contrast to this seductive vision of virtual free-flow, concrete, locally embedded and physically solid but variously permeable hubs and nodes intermittently punctuate the circumstances of individuals and goods in transit today. And the structure and impact of these hubs and nodes on the emergence of new forms of urbanity and publicness is the primary focus of our research.

It is important nevertheless to distinguish between the terminals consciously and carefully conceived by local and supranational policymakers and international operating planning experts, and those hubs or nodes constituted informally, in an on-going process of successive appropriation; the first emerge above all along primary global traffic routes and are of strategic importance. Thresholds and borders are put in place there specifically to modulate actors’ mobility – and they attest conspicuously to social inequalities. They have morphed into gigantic, labyrinthine agglomerations, extending or shrinking rhizomatically, in pace with the shifting demands and rhythms of transnational markets and mobility streams. The unofficial nodes that emerge in parallel along these same primary (and also secondary) routes develop their own specific internal logic. The spatial and social structures of such nodes are more informal and ephemeral by far; this is where “leakage currents” gather, where the “ant (flying) vendors” (Karl Schlögel, 2009) do casual business and where heterotopia, for the more marginal among us, take shape (Foucault 1967/1984). Both types of hubs and nodes have in return effects on the reconfiguration of our cities’ urban fabric.

Besides, routes and nodes of mobility operate on different time-scales, in seasonal rhythms, and hence challenge the routes’ and nodes’ capacities. The transit and transient spaces of ports, terminals, border station, markets etc. can be read accordingly as polyrhythmic ensembles (Michael Crang 2000), dependent both on global developments and local communities.

When increasing numbers of people spend increasing amounts of time in transit, then transition nodes along their primary routes cease to be non-places (Marc Augé 1995), and become anchors in the everyday scheme of their multi-local existence: points at which they endeavour to establish certain rituals and routines as a means to recuperate, to refresh contact with their source or target region and, above all, to nurture (their sense of) fragmented communities in the here and now. Through the differences between the people encountering at these nodes, new forms of urbanity emerge.

According to Mimi Sheller, a new approach to the study of mobilities has been emerging over the past decade – especially throughout the social sciences in the English-speaking world: researchers are increasingly ‘interrogating who and what is demobilized and remobilized across many different scales’ (Sheller 2011, 2) because mobility or immobility might be desired options, coerced, or paradoxically interconnected. ‘Critical mobilities research is crucially concerned with friction, turbulence, immobility, dwelling, pauses and stillness, as much as with speed or flow, and examines how these textured rhythms are produced, practiced and represented in relation to the gendered, raced, classed (im)mobilities of particular others’ (ibid, 3). [1]

Ole B. Jenses argues that ‘critical mobility thinking’ is also increasingly introduced into the field of urban studies, as a call both ‘[to re-conceptualize] mobility and infrastructures as sites of (potential) meaningful interaction, pleasure, and cultural production’, where people engage in ‘negotiation in motion’ and ‘mobile sense making’ (Jensen, 2009, 2010) even though they are de jure private places; and also to respect the material and affective dimensions of everyday social life en route or on hold. Against this backdrop any investigation needs to emphasise on these aspects of mobility and multi-locality. Interestingly useful approaches can also be found in the field of artistic production.

ART BASED RESEARCH IN THE FIELDS OF MOBILITY AND MIGRATION STUDIES

Of prime relevance to our venture therefore, are those projects that accompany actors and goods along their transnational routes and/or examine how the collision or intersection of different routes and forms of mobility transforms local nodes and hubs. For artists nodes and places where mobility streams arise are of particular interest, because of their belonging to a far-reaching (global) network wherein socio-spatial ‘problems and frictions’ become evident.

With the work in progress Fish Story (1988–1994), [2]American artist Allan Sekula took up the artistic tradition of depicting harbours, ships and coastlines by demonstrating the history and future of maritime space not only in visual, but also in socio-economic terms. Following the ships’ routes Sekula didn’t find the time to detect changes on the sites within a longer period.

In her project Arizona Road (2002), [3]Azra Aksamija examined the largest black market in the Balkans, which was established on the north-south highway in Bosnia and Herzegovina very close to the borders of both Croatia and Serbia. Within her research she re-visited the site several times, but wasn’t able to follow the actors’ routes.

In Geography and The Politics of Mobility (2003), [4] guest curated by Swiss Artist Ursula Biemann at Generali Foundation, displayed projects by Bureau d’étude, Frontera Sur RRVT, Macrolab, multiplicity and Raqs Media Collective, all of which pursued questions of global migration, changing work environments and worldwide information-systems, and outlined alternative models for a new geographic praxis. In her own artistic work, Sahara Chronicle (2006–2007), [5] Biemann later video-documented the present sub-Saharan exodus towards Europe. During three fieldtrips to the major gateways and nodes of the geographically wide-sweeping, trans-Saharan migration network, she examined the politics of mobility and containment, which lie at the heart of current global geopolitics, and took a close look at the modalities and logistics of the migration system in the Sahara.

With ‘Exit St. Pankraz’ (2007), Michael Zinganel and Michael Hieslmair began to examine network-nodes of local and transnational mobility and migration at motorway service stations (Zinganel 2012). This preliminary research required them not only to start developing new appropriate methodologies but also prompted their more in-depth analysis of Critical Mobilities Research theories. This is the solid basis, on which the present project builds. [6]

We would have liked to follow our actors’ routes, which would have enabled us to detect transformations of a far-reaching interdependent system of nodes.

This methodology was already developed further in the context of an Artist in Residence grant at [KSA:K] – Centre for Contemporary Art in Chisinau / Moldavia in spring 2013, where Hieslmair and Zinganel have already begun to investigate mobility issues on the north-south axis, at the very midst of the PAN-European traffic corridors.