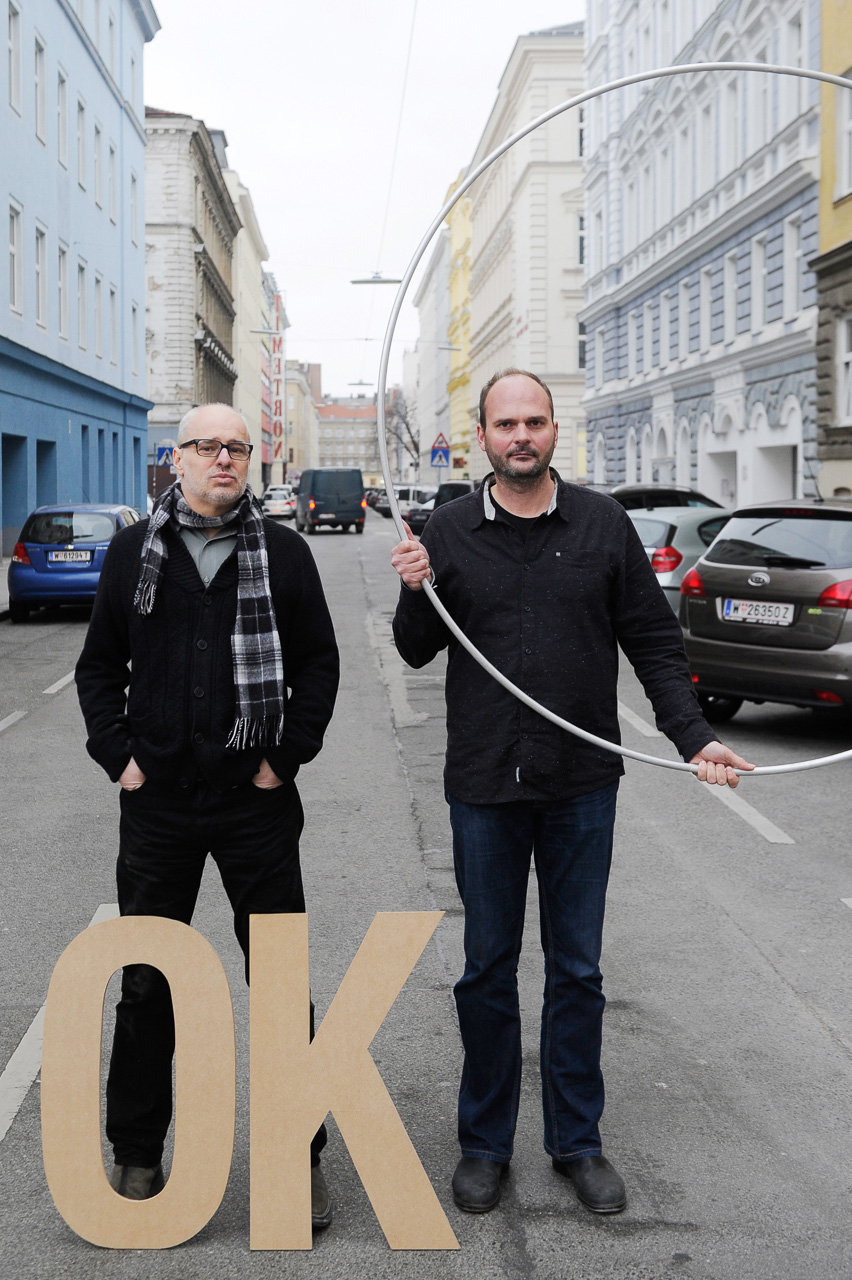 Michael Zinganel and Michael Hieslmair have been working as a team since 2005, and have consequently established an excellent rapport built on the effective combination of their diverse skills and common research interests.

Architect and historian Michael Zinganel has led several projects in the fields of art-based research, urban studies, and mobility and migration research, and accordingly now has an extensive knowledge base and relevant networks. The interdisciplinary projects he realized since the 1990s, in various group contexts, [1] stand in the tradition of ‘artistic research’, a term and concept still relatively uncommon in the Austrian scientific community yet well established academically in the English-speaking world. Since completing his project ‘Backstage Tourismus’ (2003), he has frequently been invited to participate in workshops and conferences, and to contribute to various catalogues and anthologies, e.g. Transient Spaces: The Tourist Syndrome (Sorbello 2010), Tracing the New Mobilities Regimes (Kesselring 2012) and Kartographisches Denken (Reder 2012) (See also the overall literature and project list).

Michael Zinganel will be responsible for the overall project coordination, including research design, methodological supervision, conception and mediation of workshops with experts from diverse scientific fields, as well as for the production of various dissemination tools, most notably the webpage and final publication. He will also work specifically on linking the ‘terminal’ case studies with theories of mobility research, anthropology, human geography and urban design.

Michael Hieslmair originally trained as an architect then, in 2005, co-founded with Michael Zinganel a working group primarily dedicated to exploring the issue of mobility streams. Accomplishments to date include medium-size mapping projects, (exhibited e.g. at Shrinking Cities in the GfZK Leipzig and the Project Migration in Cologne in 2005, at International Architecture Biennale Rotterdam (2009) etc.), as well as large scale multimedia installations in public space, realized inter alia on a car park in the context of the Festival of the Regions, 2007 and at Ruhr2010, European Capital of Culture. In 2008/2009 he also collaborated on a research project with Sabine Hess, Ethnologist at the LMU Munich, which culminated in an exhibition at the Rathausgalerie. [2]

Michael Hieslmair will be responsible for the continuous production and evaluation of all the audio-visual and visual representations used to trigger feedback and knowledge production during the workshops and fieldwork in Bulgaria and the Baltic, and other interventions and exhibitions. This encompasses photographic and audio documentation of interviews, and the production of documentary comics, a glossary of artefacts en route, diagrams of physical and social change, plans and models – and possibly also 3-D mappings of routes and nodes – which will feed also into both the on-site interventions, the interim exhibitions in Vienna, the weblog and the final publication. 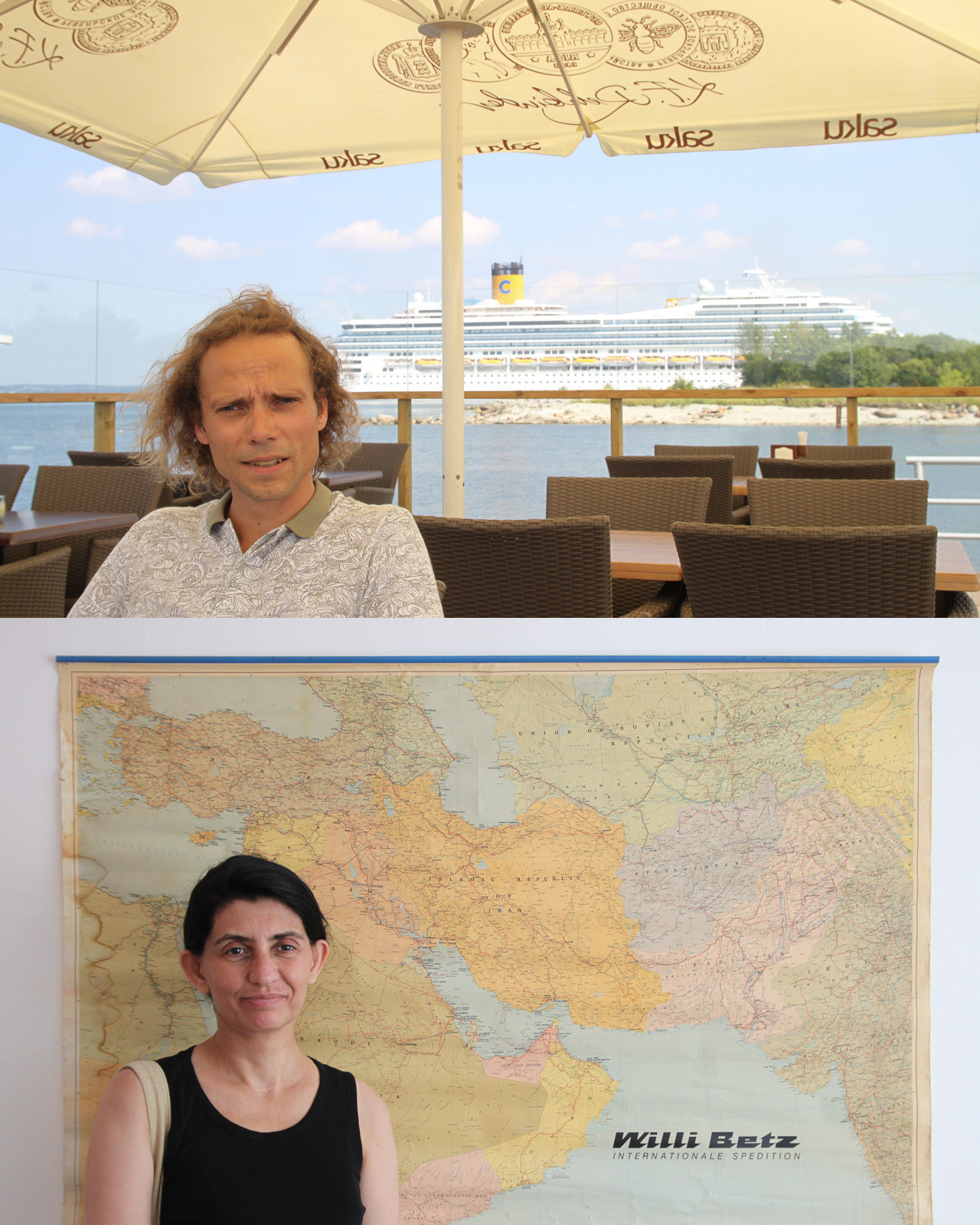 In addition, one researcher, highly qualified both in appropriate methodologies and the specific issue of research, will be hired at each research destination: for Estonia and the Baltic, the geographer Tarmo Pikner, currently researcher at the Centre of Cultural Studies of the Estonian Institute of Humanities, Tallinn University, who has worked on cross-border urban networks, informal markets and multi-local transnational identities in the Baltic coastal region; and, for Bulgaria, the anthropologist Emiliya Karaboeva, currently studying for her second PhD at Eindhoven and Plovdiv Universities, and conducting a brilliant research about “International Bulgarian Truck Drivers during the Cold War Era”.

Both will help organize publicly accessible workshops and on-site interventions, and arrange venues with other partner-institutions. They will independently conduct survey design, pre-research and fieldwork, and also prepare and organize field research during the core team’s research trips, and do supplementary research and fact-checking after the on-site interventions. They will also translate interviews and printed sources, and help with the documentation and dissemination of research findings. They both will be working on the project on contractual basis.